You are here: Home / NHL / Kings / Kyle Clifford on the Impending Roster Decision 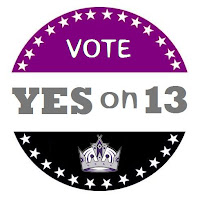 For now, they remain undecided on Propositions 10 and 13.

Something should be announced soon though, as they’re going to have to vote one way or the other on Kyle Clifford (Barrie Colts / OHL) and Brayden Schenn (Brandon Wheat Kings / WHL). Neither player can be assigned to the AHL due to their age. So, at this point, it’s either back to junior hockey or keep them with the big club.

To date, Clifford has played seven games, one fewer than Schenn. Once they take the ice for a 10th game, the first year of their entry-level contracts will have been used. That’s a tough pill to swallow in the salary cap era. Unless a young player can contribute in a big way, most teams would prefer not to use up that first year so early on in a player’s career.

While on the surface, yesterday’s roster move assigning Andrei Loktionov to Manchester (AHL) may have seemed like good news for the two younger players mentioned above, not so fast. That was just something designed to make room for the returning Scott Parse. Because Loktionov is eligible to go back-and-forth between the NHL and AHL, if Schenn or Clifford are returned to juniors, he could possibly be recalled. Regardless, that’s something down the road a bit. First things first.

MM:  We’re down to just a couple of games left.  Are you getting nervous about what the decision may be?

KC:  I’m kinda taking it one day at a time, not really thinking about it too much.  I’m just trying to go out and play and have fun.  For me and Schenner this is an experience…and it’s been pretty special to us.  We’d definitely like to continue it for the rest of the season.

Does the shared experience help bond you guys a little bit or is too much of a competition at this point?

We don’t really talk about it too much.  We don’t let it get to our heads.  We’re just trying to enjoy what we have right now and then hope for the best.

Are you keeping an eye on what’s going on back in Barrie at all or are you completely focused on what’s happening here in LA?

I’ve kinda looked at their stats a little bit here and there.  Things aren’t looking too great right now [MM note: they have a 3-10-1 record after the first 14 games, last place in the entire OHL].  But, I think they’ll be able to turn it around.  I still have a few friends back in Barrie.  So, obviously, they’re keeping me updated on what’s going on back there.

There are no plans to bill tomorrow’s Tampa Bay vs. L.A. game as ‘Stephen Stamkos vs. Kyle Clifford’ night…not even close.  That said, it’s worth noting that although both have come through the Ontario Hockey League (OHL) over the last few years, they actually only played each other once there.

On October 12, 2007 – just nine games into Clifford’s rookie season and the beginning of what would turn out to be Stamkos’ final year in the ‘O’ – Barrie visited Sarnia.  The Colts lost 4-2.  Both players had an assist that night.

When the two meet again on Thursday at Staples Center far more eyes will be following the play of Stamkos than paying attention to what Clifford does.  However, there will be at least two very interested observers keeping close tabs on the later – Lombardi and Murray.

A decision is looming in the days ahead for them.  Pretty soon somebody is gong to have to update Clifford on what’s going on out here with the Kings and their roster moving forward.

Comments From the Kids – Muzzin and Clifford
.