You are here: Home / NHL / Kings / DVR Alert – The Trade That Changed Hockey 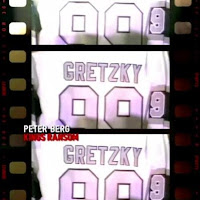 Make sure you set your DVR for early Sunday morning, as ESPN Classic will be showing an encore presentation of a film that’s a must see for all hockey fans, ‘Kings Ransom’.

“(It’s) an LA Story. It’s about a meandering franchise suddenly becoming one of the hottest tickets in sports thanks to a single athlete.”

That’s what Greg Wyshynski of Yahoo Sports wrote about the mini-film / documentary when he originally reviewed it last year.

By now you know the high level points – Wayne Gretzky, Marty McSorley and Mike Krushelnyski were traded from the Edmonton Oilers to the Los Angeles Kings for $15 million in cash and three of LA’s 1st round draft picks (1989, 1991, and 1993).

Here, you’ll see detailed information about how the trade happened, why it happened and the moments when it almost fell apart. Former Kings owner Bruce McNall, former Oilers owner Peter Pocklington and Gretzky himself offer up vivid details of the event that will forever be remembered as ‘the trade’ in hockey, perhaps all of sports.

When speaking of the one hour movie, ESPN’s website describes things as “Overnight, a franchise largely overlooked in its 21-year existence was suddenly playing to sellout crowds and standing ovations, and a league often relegated to “little brother” status exploded from 21 teams to 30 in less than a decade.”

Filmmaker Peter Berg said “The trade to the Kings was not only a huge moment in (Gretzky’s) career, but also a very contained and interesting way to look at this incredible athlete’s life.”

Wyshynski’s review also added “one of Berg’s best touches is allowing Gretzky’s tear-filled press conference to play out in excruciating real-time. At that moment in the film, it’s literally like watching the face of hockey weep”

Do not miss this film.  Even those that have already watched it will want to tune in again to relive one of the most pivotal points in Kings history.