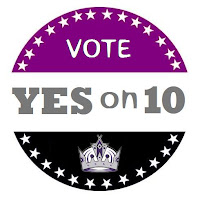 We’re clearly getting down to crunch time.

Earlier we looked at Prop 13 (Keep Clifford or send him back to juniors?). Now let’s get into Prop 10, the Brayden Schenn question.

Coach Terry Murray isn’t expected to announce his full line-up for tomorrow’s game against Tampa Bay until the morning. It may or may not include Schenn on the fourth line. As previously noted, the Kings need to make a decision on Clifford (Barrie Colts / OHL) and Schenn (Brandon Wheat Kings / WHL) quickly because the all important ninth game for each is coming up. To date, Schenn has already played eight games and Clifford seven.

Once they take the ice for a 10th game, the first year of their entry-level contracts will be activated. If either player isn’t going to significantly contribute this season, the team may want to hold off on burning a year of inexpensive talent. In the salary cap era, those contracts can prove valuable down the road – both in being able to plug in a player with a small contract and in prolonging a player’s arbitration / restricted free agency period.

Here are some comments from Schenn about the situation…

MM: Any thoughts with the big decision looming?

BS: I’m a little anxious to find out. But, I’ll just keep worrying about doing well and hopefully the team keeps winning. Other than that, I cant control anything.

Coach Murray says he’s spent a little bit of extra time with both you and Clifford.  Is there anything in particular that he’s been pointing out or has asked you to work on?

Positioning in the d-zone, not getting beat off the wall.  Positioning is definitely the main thing.  Coming from juniors, when you’re one of the bigger guys down low, you just take the puck and go.  Here everyone is a strong power forward, so positioning is huge.

Because you’ve played in so few NHL games every opponent is still new to you.  As you prepare for Tampa on Thursday do you do anything special to familiarize yourself with their roster and what to maybe expect from certain players?

We watch video of the PK (penalty kill), PP (power play) and some other clips.  They (the coaching staff) do a real good job of getting us ready for the game.  So, other than that, I just go out there and play.

Are you keeping an eye on what’s going on back in Brandon at all?

I’ve been keeping up through some of the buddies I have back there.  There’s been a little bit of struggling going on, they went on a nine-game losing streak.  Then they won a few and now they’re back on the losing train.  Hopefully they can turn things around there.  It’s never fun losing and obviously it’s a rebuilding year for them.

[note: Brandon started the year with a four straight victories, including two wins over fellow Kings prospect Jordan Weal and the Regina Pats…they followed that up with the aforementioned nine game losing streak…then, two wins on the road…and in their last two games they’ve lost…they’ll be back home Friday night vs. Spokane…it’s possible Schenn could even be back in the line-up if he’s released from LA in a timely manner]

When we spoke a few weeks ago you were still trying to make a few personal connections with some of your teammates.  Has there been one veteran player that’s helped you the most through this process?

Smitty (Ryan Smyth) has helped me.  He sits beside me here (in the locker room) and he’s always giving me pointers.  He’s definitely helped me out on the mental side of the game as well.  He’s been a big help for me.

You would assume that Clifford and Schenn will each get to play in one of the next two games (either Thursday vs. the Lightning or Saturday vs. the Predators).  The Kings will then have four days off, giving Murray and GM Dean Lombardi plenty of time to make their decision…if it hasn’t been made already.

Camping Guide 2010 – links to many interviews from LA Kings camp