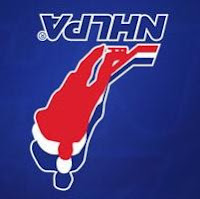 Following up on our Season Preview article that posted earlier today, Pierre LeBrun (of ESPN) had some additional news to share…

It looks like former Kings defenseman, Rob Blake, may soon be joining the NHL’s front office.

All indications were pointing to him possibly taking a job with the San Jose Sharks now that he’s retired. However, LeBrun says hold everything. Another offer may be in the works.

This position could even lead to him revamping one of the NHL’s marquee events.

MM: You recently broke news that Rob Blake might be joining the NHL front office. What’s the story there?

PL:  From what I understand, Rob was scheduled to talk with league officials more this week to see if there was a fit for him to work along side Brendan Shanahan. He’d be in a similar capacity to Brendan, where they look over the rule book, events and ways to improve the game. In fact, one of their first projects, I’m told, is to revamp the All Star Game. If Rob is hired, the two of them are to put their heads together and figure that out.

In talking with league officials, they’ve been gratified by the feedback they’ve gotten from hiring Shanahan. Now, they plan to not only got after Rob Blake, but I think a few other retired star players and beef up that side of the group. Which only makes things interesting when you consider a lot of these players were pretty big NHLPA guys. Just a few months ago, Blake had a pretty strong voice in all the turmoil that was happening in the PA. So, if Rob does take a job with the league office, that would certainly be a big loss for the Player’s Union.

MM:  That was actually the first thing I thought of when I read your scoop – here is a guy that was so tightly aligned with the NHLPA, going all the way back to his days in Los Angeles and the contract dispute…and now he could be switching sides?!? That would be quite a coup if they can pull it off. I’m really surprised…

PL:  If it happens, yes. The only piece of factual information right now is they were going to meet. It doesn’t mean they were going to hire him or that he was definitely going to accept their offer. But, you’re right. It would be a coup if it does happen. One reason why it may not be so surprising is that Rob was one of the original members of the Competition Committee, coming out of the lockout five years ago – along side of Martin Brodeur and Jarome Iginla. In talking to Colin Campbell several times over the last few years, he really enjoyed working along side Blake on that committee. Hearing Rob’s ideas, he found him very open minded, hard working and brilliant, really. I guess I would say between the friendship Shanahan and Blake have, and the fact that Colin Campbell, the NHL’s Executive Vice President, really was impressed by Blake, I guess you can put two and two together.

This will be worth watching.