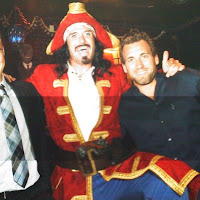 MM: Prior to the start of the season much was made about the new lines this year. First Justin Williams was assigned to the second line and recently Ryan Smyth was added. It’s only been a few games, but what’s your early read on the chemistry you guys have going so far?

It’s far too early to make a big deal out of one loss. However, when you look back at the Calgary game and compare it to how you guys have played in the last two at home, is there anything you can point to as being a big difference in the way the team played?

It was a back to back game.  I thought that game in Calgary was there for us, to take it.  During a lot of points in the game we just didn’t capitalize.  We didn’t get enough shots or quality chances on their goaltender.  And that’s probably a good reason why we lost.

Has there been any talk about how to approach this week’s back to back situation differently, to get different results?

We want to forget about those two games.  We want to build on what we’ve just done in winning the last two games.  You don’t ever want to think about the games you lost.  Those are out the window the second they happen.  We need to keep building on the wins.

note: Photo was taken at the DLO-23 launch party this summer.  Yes, that is Stoll and Dustin Brown with Captain Morgan.  It has no relation to this article.  It just makes me laugh.  Unfortunately, what you can’t see is that Stoll has his left leg in the air also.