You are here: Home / NHL / Kings / In Search of Primary Scoring 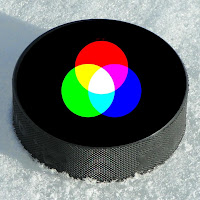 Over the last two years much has been made about the Kings need for secondary scoring.

Questions are now coming from other places…and Kyle Clifford may be the answer.

Last season, the addition of Ryan Smyth up front seemed to unlock center Anze Kopitar‘s true potential. Along with Justin Williams on their right side, the trio was the hottest group out of the gate in the NHL. Of course, injuries to each winger took it’s toll and they really weren’t able to rediscover their collective magic in the second half.

Perhaps trying to address that issue, Coach Terry Murray decided to give the team a new look this year in training camp. Williams was moved to the second line, along side Jarret Stoll and (what was supposed to be) Scott Parse. Dustin Brown was ‘promoted’ to the top line. Since then, Smyth has moved to the second line too. For the most part, rookie Andrei Loktionov has taken his place next to Kopitar and Brown. Following all those changes?

To date, the second line has delivered most of the offense umph for the Kings. Williams, Stoll and Smyth have produced five goals and 19 points in the seven games since being put together.

The first line has been a mixed bag. Kopitar got off to a slow start, not picking up his first goal until the fifth game of the season (vs. Carolina). On the other hand, Brown’s move looks to have paid dividends so far. He’s the team’s early leader in goals scored (four) and seems to have a greater presence on the ice.

Then there’s the left wing situation. Loktionov has one goal and one assist. Yes, he’s a rookie – so, he’ll need some time to find his way. Looking to the past, he’s been more than capable of helping out offensively. In a shortened season last year, due to injury, he put up 24 points in 29 games for the Manchester Monarchs (AHL). The year prior, he had 24 goals in 51 games for the Windsor Spitfires (OHL, major junior hockey).

To date, he hasn’t been the answer on the top line though. Nor has Brad Richardson – who is a nice complementary player. A fine player, no doubt about it. Yet, you’re kidding yourself if you believe he belongs as Kopitar’s wingman.

The top line needs to get the offensive going. On this road trip Kopitar had zero points in Phoenix and zero points in Chicago. Ditto for Brown. The Kings lost both games. To end this five game trip on a high note tonight in Dallas, those two will probably need to be involved.

Summing it up, secondary scoring has been fine. Primary scoring needs some consistency. One possible suggestion that hasn’t been tried, move Clifford up to the second line and return Smyth to the number one unit. Now, wait…you might say ‘But, Clifford’s played in five games so far and doesn’t have any points. How is that going to help?’

Understand that it’s about roles and responsibilities as much as it is about talent. Clifford wasn’t drafted in the second round to play fourth line minutes. He also wasn’t expected to play top-six minutes this year. Yet, that’s besides the point. He’s a future power forward and he’s coming off a junior season in which he scored 57 points in 58 games (including 28 goals). He’s sound defensively as well. Besides, to truly evaluate his talent and progress, put him in a more natural environment.

Murray has tried Loktionov. He’s tried Richardson. He’s even tried Brayden Schenn a little. Give Clifford a chance. At this point, it can’t hurt.

Final note on tonight’s game – Dallas will be without defenseman Stephane Robidas due to a one game suspension by the league. The long time Stars blueliner has played more games within the Pacific Division than versus any other opponents. And the Kings are probably glad he’ll be out of the line-up tonight considering he has 18 assists and a plus-19 rating vs. them lifetime, far better than his numbers against any other team.