You are here: Home / NHL / Ducks / Two Minutes in the Box with… Bobby Ryan 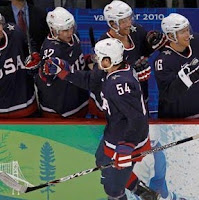 They say that retail is in the details. And while it might not have the same ring to it, hockey is in the numbers.

Take number nine for example, it’s one of the most famous digits in hockey. Gordie Howe wore it. So did Rocket Richard and Bobby Hull.  More recently, Mike Modano built a Hall of Fame career in Dallas as #9.

According to Marcel Dionne, he almost wore it here in LA.  If original Kings’ owner Jack Kent Cooke had gotten his way, there’d be a different number hanging in the rafters at Staples Center right now.

Across town in the OC, the original Mighty Duck – Paul Kariya – wore it back when he called The Pond home.

These days, Bobby Ryan wears it in Anaheim…and if everything works out as planned, he’ll continue to wear it there for many years to come.  For now, he’s working on some other numbers, as in contract numbers. The team and his agent continue to discuss terms – number nine reportedly wants a three year deal, versus the team’s preference of five years – with nothing agreed upon just yet.

In a move that caught some people by surprise though, Ryan recently attended the launch party for Dustin Brown’s new DLO-23 line through Combat Sports.  Even for an event held in Anaheim, seeing a Ducks player out supporting the Kings’ captain was a bit curious at first.  In reality, he was there as a fellow member of the Team USA hockey program.  Ryan says the two ‘hit it off’ during the Olympics, so he ‘didn’t hesitate’ when Brown invited him to come down.

MayorsManor was on hand for all the festivities – including the opportunity to catch up with Bobby Ryan and get his take on a few of the finer points in the Kings-Ducks rivalry…after, of course, first touching on his Team USA experience.

Let’s start with the Olympics…excluding Brown, who you’re now friends with?  Who was another guy on the team who you learned something about and came away impressed?

Ryan Suter. He plays in the Western Conference, so we see him with Nashville. He’s a tough guy to play against and he’s a sound guy positionally. But, you really don’t appreciate him until he’s on your team playing those big minutes and until he’s running a power play. He has an overwhelming sense of calm back there, even in the big situations. I was flabbergasted with him at certain points during the Olympics.

Now that you’ve had a few months to let it all sink in, when you look back at Vancouver – besides the big moments against Canada – what other memories do you take with you from the Olympics?

I think the biggest thing for me was the camaraderie, not just between the guys that played hockey though.  It was the whole USA organization in general, the way that we got to meet other athletes and bond with them through the village.  To get a chance to spend time with them and get to know them was incredible. You’d find yourself cheering for events you never thought you’d watch. It was nice to go in there and come out with the most medals too.

You’ve played in Vancouver before with the Ducks, so the city wasn’t new to you.  However, the Olympic experience made things different.  What surprised you the most while you were there?

The acceptance from the Canadian fans. You get a chance on your off days to spend time with your family and get around. You’re wearing the U.S. gear and your family is obviously wearing it from head to toe. I found that even after we beat Canada the first time around that fans didn’t come up to us to give us a hard time or say “We’ll get you next time,” they were supportive almost. They said what a great game it was and that they were rooting for us, just not if we played them again. It was surprising. But it’s something I’ll never forget because I don’t know if we’d get that in a lot of other countries.

Anaheim sent eight players to the Olympics.  However, the team struggled once the NHL season resumed and ultimately didn’t make the playoffs.  How would you recap what happened over the the full 82 game season?

I think the biggest thing that defined us last year was inconsistency. Obviously we faced injuries, as every team does. We lost Joffrey Lupul, which was a big thing for the year. And Teemu going down for 10 games here and there. We never really got to ice the line-up that we were hoping for, the one that so many people predicted to be strong.  Then, you add in guys going on hot and cold streaks at different points.  We never really meshed as a team in that sense.  So, I don’t think it was a prototypical Anaheim season.  I think we should have been a playoff team and maybe even made a run at it.

It’s been said that a real rivalry doesn’t exist yet between the Ducks and the Kings because the teams haven’t met in the playoffs.  As a player, when you come into Staples Center, do you feel a rivalry or is it really not that much different than when you guys play other teams in the West, like Detroit and San Jose – two teams the Ducks have met in the playoffs?

If you’re not amped up to go out on the ice at Staples Center, the fans right there behind the bench will get you.  It’s a rivalry that does kinda fall by the wayside at times, as maybe it should, when you look at San Jose and the runs they’ve made the last few years…maybe people are focused on them.  But, it’s for bragging rights when we face off with LA.  It’s a tough one for me too because I have so many good friends on the Kings, not just from the Olympics, but from Owen Sound – in Simmonds and Richardson and other guys I’ve gotten to know.  I definitely text those guys after games, whether we win or lose, and say “We’ll get you next time.” or “We had your number tonight.”

[note:  speaking of numbers, here’s a few that always stick out…in 2004-05, Bobby Ryan’s NHL draft year, he was outscored by the Kings’ Brad Richardson (his then-teammate in Owen Sound)…Richardson posted more goals and assists than Ryan…that was just five years ago!]

Regarding Staples being a tough place to play at times, when do you remember it being the most challenging for you personally?

It would be after the (Oscar) Moller hit, with about seven seconds left in that game (January 14th).  At the time I was heated up, so some of the comments didn’t register with me.  I just got off the ice.  But, I was aware of it the next time we came there.  We played them again at Staples Center the next month and (Drew) Doughty got me back that night.

Doughty and Bobby Ryan are two of the brightest young stars for their SoCal hockey teams.  Contract issues aside, they should be leading the charge for their respective franchises for the next decade.

The real question is, who will get the upper hand when it matters most, #8 or #9?

For the Kings-Ducks rivalry to reach a whole new level, an additional number probably needs to be added into the mix.  Seven.

As in, seven game playoff series.

A video recap of the Moller-Ryan-Doughty exchange was posted here.  Plus, Doughty talks about the ‘payback’ hit in a MayorsManor interview here.

The First Time it Mattered This Much – Kings/Ducks notes