You are here: Home / draft / Tuesday’s 10 Tidbits – Turning the Page 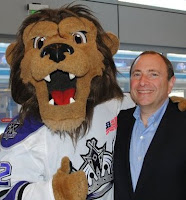 At what point is last season really over? Was it when the Kings were eliminated from the playoffs? Was it draft weekend, with it’s heavy emphasis on the future? Was it July 1st, when the free agency window opened? Perhaps, it’s when training camp finally opens in a few weeks.

If the truth is somewhere in between all those points, let’s try to put a bow on the 2009-10 campaign once and for all…with a partial tribute to the season that was.

1. October 2009 – The Mayor’s predictions on where the Kings would finish and why, it’s all right here…in special correspondent Jim Fox’s first High / Low article, he calls out Drew Doughty for his “worst game as a King.”…Clean up on Aisle 11 – Anze Kopitar scores his first career hat trick and the Kings create a mess of their own on the ice as well…10 Tidbits on Scott Parse – yet another college hockey player gets a chance to play in LA.

2.  November 2009 – Remembering a Rivalry – preview of the Calgary Flames vs. LA Kings…What Shoulda Been – Ryan Smyth, the Kings and the Oilers.

3.  December 2009 – Interview w/ Mike Modano – on the eve of a Kings-Stars game Mo’ looks back at his career…Interview w/ Ethan Moreau – the Oilers captain offers up a special preview of the LA-Edmonton game and talks about his near-nude photo shoot for ESPN.

4.  January 4, 2010 – Is there a Hockey News curse – new cover boy, Anze Kopitar, probably thinks so.  How real is it?…Terry Murray likes Seals, not Sharks – the Kings coach and his connection to the NHL’s Second Six…100 NHL goals for Dustin Brown – an honor worthy of a 10 tidbits article…in what had to be the greatest irony of all, given Rob Blake’s history with section 119, he stops by for an interview – leading up to his final game ever at Staples Center, on 1/19.

5.  February 2010 – Guys and Dolls article on Sean Avery returning to Staples Center, perhaps with a purse…R-E-S-P-E-C-T and why the players on the Detroit Red Wings get it…Super Sunday at the Olympics – perhaps the longest and best day of my life.

6.  March 2010 – The Kings prepare for the Canadiens, preview article with comments from Roy, Melrose and Blake…a feature on the Kings unsung hero – 10 Tidbits on The Story of Zeus…while the Kings aren’t playing so hot post-Olympics, we check in with first round draft pick Colten Teubert out in Ontario of the ECHL.

7.  April 2010 – With the Kings returning to the playoffs we offer up a preview with the legend, Bob Miller!…in an article that received a ton of press in the Edmonton area, former Oilers Strength and Conditioning Coach, Ethan Moreau, explained the Science of Hockey…Jim Fox returns for another High / Low article – this time breaking down game five of the Kings-Canucks playoff series.

We look forward to providing new and interesting content as the days tick away towards the opening of training camp.

Thank you for reading MayorsManor…hope you continue to enjoy it!