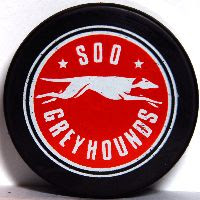 If you like GMs that aren’t afraid to speak their mind, leaders like Dean Lombardi and Brian Burke, then you’ll probably love Dave Torrie.

For the last seven years he’s been at the helm of the Sault Ste. Marie Greyhounds of the OHL.  Although he could be described as an Ontario, Canadian hockey lifer, his ties to Los Angeles are extremely strong.  When you look down the list of current Kings prospects, he’s played a role in the development of many, including Kevin Westgarth and Jake Muzzin.

Then, there’s this guy named Wayne Simmonds.  Torrie was so high on him, he once made a three-for-one swap to acquire him in a 2008 trade-deadline deal.

There is no doubt Torrie knows his hockey too – he’s been a scout, an owner, a coach, a director of player  personnel…and the General Manager of the ‘Hounds since 2003.  We covered a lot of ground, so it’s best to split this up into two parts.

First up, let’s get some thoughts on a few Kings prospects and that big trade he made to acquire Simmonds…

Late in the ’08 season you traded for Wayne Simmonds.  What was it about his game that made you want him for the ‘Hounds playoff run that year?

At that time we were one of the top four or five teams with a legitimate shot at the OHL Championship.  We felt Wayne was probably the most impactful player that was going to be available at the trade deadline, so we worked hard to get a deal done. He’s a guy who came into the OHL late, but very quickly developed a reputation as an impact player by contributing good offense, along with great aggressiveness and great energy.  Looking at him you thought ‘When the games get tough, he’ll be the type of player that will help your team win those one goal games.’ We paid a big price in the package we sent to get Wayne and we eventually lost in the Conference Final to Kitchener.  But in the end, no regrets. He brought a lot of attributes to our team.

What do you think of his game today, has it progressed like you thought or is there still some upside left?

The day will come when he’s a top six forward in the NHL. He plays the game the right way. He’s a big game player and in the years to come, the deeper the Kings go in the playoffs, the more they’ll love having him on the team.

With several injuries to the Kings defensive pool right now, Jake Muzzin probably has a shot at making the team this year.  In a previous interview with us you talked about Jake being “ready for the pro game on the ice.”  Off the ice he’s had to overcome a serious back injury.  How has that shaped where he’s at in his development?

Jake didn’t play hockey as a 16-year old and for part of his 17th year, due to the back surgery.  Then, he had a tremendous last half of his 17th year, the same year we went to the Conference Final. For a kid that hadn’t played in a year and a half, he had a good run and enabled himself to be drafted by Pittsburgh. Over the next two years I thought he played well for us. I dont know if Jake gave himself the greatest chance though. I dont know if he knew what he needed to train like off the ice. Perhaps he didn’t take his fitness training as seriously as he should have. However, part of that might have been he was afraid to push himself real hard because of the back.

After Pittsburgh didn’t sign him we kept him in the Soo for the summer of his 19th year. I think working with our personal trainer gave Jake a better understanding of what it takes and he got himself into good shape. I won’t say great shape because I think that’s what he’s doing this summer. But, he was in really good shape and had a career year in the OHL, attracting a lot of interest from NHL teams. I think it’s a good signing for the Kings. He’s dedicated, he stayed in LA this summer and enjoys training now as he realizes the impact training can make. My understanding is he had a great playoff run with Manchester (a few months ago), played very well. I think he’ll be at another level (when camp opens) in September because he’ll have had a second summer in a row of outstanding training. That’s only going to help him.

Another defenseman, Andrew Campbell (’08 draft, 3rd round, 6’4″ 206 lbs), spent three years in the Soo and he’s now with the Kings’ AHL affiliate in Manchester.  Tell us about him…

Andrew is a late developer. He still needs to get stronger and let his game continue to mature. Yet, I see Andrew, in time, playing in the NHL – being the type of guy that can give you some pretty good, safe minutes, combined with being able to shut down good hockey players in a defensive role. He has size, character and toughness. The Kings look to be pretty strong on defense, so there’s no need to rush him. However, the day will come where he’ll be in the NHL and he’ll be a very good player and a very safe player.

On the offensive side of the game, the Kings selected center Jordan Nolan in the ’09 NHL Draft (6’3″ 216 lbs).  He spent the last two seasons with the ‘Hounds after requesting a trade from the Windsor Spitfires. Did you have any reservations about picking up a guy that wanted off his former team?

No hesitation. Jordan and his family have roots here in Sault Ste. Marie and we really felt bringing him home to the Soo would be a tremendous step forward for him. I certainly think he took that step, especially his first year as a 19 year old. We were a rebuilding team and Jordan became our best player and a dominating player at times that year, on a team that wasn’t very good.

He matured his game and took it to another level and that enabled him to get drafted where he did. He’s another player that has all the tools. He’s as tough as they come. There might not be too many tougher players coming out of junior hockey. I dont think there was a tougher player in our league last year as a 20-year old than Jordan Nolan. But, he also has good skill level. The knock on him is that over his career he’s been inconsistent. Some of that you hope, as he gets to the next level and gets challenged, that he matures and understands what it takes every night to be an impact player. To me, he has NHL ability, size and toughness. But, he’s going to have to prove to people he can play that way every night. He can determine his own fate. There’s a high-end potential for Jordan Nolan.

Justin Azevedo, who the Kings drafted in ’08, is a kid you know fairly well.  Although he played for your rivals in Kitchener, you originally brought him to Chatham when you were there….is that right?

Unfortunately, the year I came to the Soo to be GM is the year he played in Chatham. But, he had practiced with us and I had recruited him for a couple of years before that. I have a great relationship with Justin and his family. He’s a kid that right off the bat everybody is going to knock his size. That’s something he has to overcome. He certainly did that in the OHL and reminded me every time we spoke that I made a mistake by not picking him in the first round of the draft.

We joke about that all the time. And I do regret not taking him the year he was available. I like him – he’s a good kid, he’d be a good teammate, he has great talent and hockey sense. I think he’s tough for his size. He’s a guy who is going to have to prove a lot of things at every level. He’s proven it in the OHL. He has to prove that he can be an elite player in the AHL to get the chance at the NHL. I hope he takes that next step in Manchester. I often think that the majority of those type of kids, what they lack in size they normally make up for in character. That’s why they’ve been successful.  Like Kevin Westgarth – who played for me in Chatham – those are kids that might be a little under the radar, but I’ll be proud to see them play in the NHL.

In the second part of the interview he’ll take you inside the OHL and talk about a big problem currenlty facing the league, next year’s NHL draft, the NCAA vs. CHL debate, the Memorial Cup format and much more.

You can read that interview now by clicking here.

Prospect File: The Buzz on Muzz’ – teammates, his GM and a former scout weigh in on Kings prospect Jake Muzzin

If you’re looking for an NHL Trade Deadline primer, you’ve come to the right place. On this Kings Of The Podcast episode we’ll provide commentary and insight on every single player currently on the LA Kings roster — including predictions on what happens with Alex Iafallo, insight on the Adrian Kempe situation, plus a plethora […]