You are here: Home / hockey / Tuesday’s 10 Tidbits on… the free agents 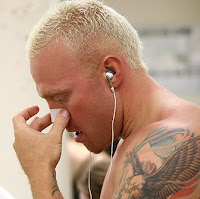 It’s been five days since the Free Agent Frenzy began in the NHL.  Yet, here in LA, the only fireworks we’ve seen this July have been up in the sky.

As of this writing, the Kings have not added a player via free agency or trade.  In fact, they lost a player when Sean O’Donnell signed with the Flyers.

Fans came out of this past season energized and excited about the team’s future.  Eager to balance that optimism with a dose of realism, GM Dean Lombardi has been quick to remind anybody who will listen that off-season tinkering could come via trade, just as easily as free agency.

However, given that trade possibilities are entirely too exhaustive to predict in advance, let’s stick with free agency for today’s 10 Tidbits article.  In alphabetical order below, we give you nuggets of info on 10 of the best free agents still on the market, many with some sort of a connection to Kings players of past or present…

* Maxim Afinogenov RW – has scored 20 or more goals in four of the eight seasons that saw him play more than 50 games, including last year in Atlanta.  His 61 points with the Thrashers placed him 13th among right wingers in the NHL.  Coincidentally, he also wore #61 this season in Hot-lanta.  Any team that signs him is advised to make it a short term deal, given his past work ethic issues.  For the right price, could be a solid “depth” signing.

* Eric Belanger C – played for the Kings from 2000-2006, including when he scored a now famous goal in the 2001 playoffs vs. the Detroit Red Wings. Belly was part of Lomabrdi’s first big move as GM of the Kings, when he was traded in a package to Carolina for a then-college hockey player named Jack Johnson. Belly is probably best served as a third line center. His key strength is face-offs…he finished 9th in the league this year with a winning percentage of 56.4%, just ahead of Jarrett Stoll at 56.0%.

* Joe Corvo D – third time must have been the charm…the Kings had twice previously drafted a player from Western Michigan University – G Craig Brown in ’91 and D Jeff Crossman in ’84. Neither played one game in the NHL. Then, along came Corvo. Taken in the 4th round of the ’97 draft, he played three full seasons with the Kings. Since departing LA in the summer of ’06 he’s been to the playoffs with Ottawa, Carolina and Washington. Given that he was one of the more sought after d-men at the deadline, it’s a little surprising he hasn’t been signed by somebody yet.

* Alexander Frolov LW – just two questions… One, can you think of another high-profile player that performed so poorly in their “contract year” like Fro did? Two, after Rob Blake, will Fro go down as the second most divisive player in Kings history? Fans seem to either love him or loathe him. And who knows, the way things are shaping up, he could even be back with the Kings next season.

* Paul Kariya – played his college hockey at the University of Maine, the same school Teddy Purcell once attended. (Tedward was traded by the Kings to Tampa Bay this past March for another UFA, Jeff Halpern.)  Kariya was taken 4th overall by the Ducks at the 1993 NHL Entry Draft.  The Kings didn’t have a first round pick that year, they traded it away as part of the Gretzky deal with Edmonton in 1988…however, they later acquired two pretty good players taken in the first round along with Kariya that year – Adam Deadmarsh (14th) and Jason Allison (17th).  After missing nearly all of the 2008-09 season, Kariya came back this year and posted 43 points in 75 games…a far cry from the 75 point average he put up in the three years before his November ’08 hip injuries.

* Brett Lebda D – if it’s playoff experience and youth you’re looking for, he’s probably your guy.  Lebda has been with the Red Wings since ’05-06, so the 28-year old blue liner has played in the playoffs five straight seasons.  He was undrafted and originally signed by Detroit in 2004.  Like Frolov, he picked a bad year to have his numbers go south.  With just 1 goal and 7 assists in 63 games, those stats were down about 50% from his previous three-year average.  He’s not a top-4 defenseman on most teams and would be considered a depth signing.

* Willie Mitchell D – was taken in the 8th round of the 1996 Entry Draft, a round that doesn’t even exist anymore!  He was a +13 this past season in just 48 games, including +12 at home in Vancouver.  However, after missing the last half of the season and the playoffs with a concussion, it may be hard for him to find work this summer.  Back to ’96 for a quick minute…five picks after Mitchell was selected, the Maple Leafs selected a defenseman you’ve probably heard quite a bit about recently…Tomas Kaberle (taken 204th overall).

* Mike Modano C – is a living legend and one of the greatest American born hockey players of all time.  What several people are failing to report when talking about his possible retirement this summer is one key fact – he can still play!  This past season he had 14 goals and 30 points in just 59 games.  He understands his role at this point in his career – 3rd or 4th line center, who occasionally plays wing, gets minutes up front when injuries occur and as a former captain in the league, assist the young guys and show them how it’s done.  Mo’ is one of the classiest players to ever lace up skates and would be an asset to any team in the league.  His in-depth interview with The Mayor from last season can be read here.

* Alexei Ponikarovsky LW – over the last five seasons he has averaged 21 goals…almost always on the nose: 21, 21, 18, 23 and 21. Poni’s 50 points this past season tied him with former King Michael Cammalleri…it was also two better than former King Matt Moulson (48) and just one less than the currently-unemployed Frolov (51).  Like Afinogenov up above, at the right price, Poni could be an attractive option for the Kings depth chart.

* Raffi Torres LW – (pictured above) was heavily rumored to be coming to the Kings at the deadline this past March, instead LA talked the Blue Jackets out of Freddy Modin in one of the more…interesting…trades in recent memory. The Kings only needed to pay the Jackets with their seventh round pick IF they won the Stanley Cup. Well, that didn’t happen. His 19 goals this year were his most in four seasons. However, all 19 came with the Jackets. He only had five assists in 14 games after being traded to Buffalo.  Funny Raffi story… Torres was highly emotional in the early part of his career. A few years ago one of his then-teammates in Edmonton said Raffi broke his stick in the locker room after I was teasing him one night in the tunnel at Staples Center…apparently he didn’t like being reminded he had gone something like 18 games without a goal.

Of course there are dozens and dozens of other unrestricted free agents still on the market…from guys like Randy Jones…to that high scoring winger Ilya something-or-other.

With all due respect to the list above, it still looks like Lombardi will be forced to explore the trade route in an effort to improve the Kings roster prior to training camp opening in September.

Final note – for you number crunchers…here’s a statistical reason why Alexei Ponikarovsky would be a good signing for the Kings.