You are here: Home / hockey / July 4th – Celebrating A Hockey Birthday Too 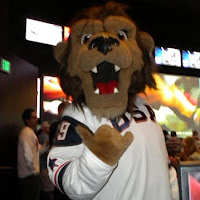 America is a great country and we should all be proud to live here.  While many are quick to place celebrities and athletes upon a pedestal, the real heroes are the men and women around the world that so bravely fight for our freedom.  It is because of them that we can sit here today safely.  Seriously, we salute you and your families for all that you make possible.

Long before Teemu Selanne was The Finnish Flash, the Kings had a center known as The Flying Finn…Juha Markku, born July 4th, 1947.

He led the Kings in scoring three straight seasons in the early 70s…on teams that included bigger names, like Butch Goring…but, we’ll get to that…let’s start at the beginning…

Like Tomas Sandstrom, he was born in Finland but actually raised in Sweden.  He came to North America as a teenager to play for the Brandon Wheat Kings…the same junior hockey club where current Kings prospect Brayden Schenn has been honing his skills the last three seasons.

Furthering his parallel with Sandstrom, Markku started his pro career with the New York Rangers…only it was back in 1969, when Tomas was only 5 years old.

After just one season in the Big Apple, Markku was traded to Jack Kent Cooke’s three-year old Los Angeles Kings franchise in February 1970.  Who went back the other way in the deal?  Ted Irvine…better known today as the father of Chris Jericho, a WWE superstar and host of NBC’s Downfall.

The Flying Finn went on to play six full seasons with the Kings…leading the team in scoring from ’70-71 to ’72-73…he averaged 24 goals in his first five years in LA, yet he lost his scoring touch in the ’75-76 season – netting just 7 goals in 67 games.  The following year he was traded to the Cleveland Barons.

On a side note, Markku often played on a line with Bob Berry during his time in LA. Berry is now a scout for the Kings.

Markku played one more year in Edmonton (a WHA club at the time) and then called it a career in the summer of ’78.  The following season that same Edmonton team featured the debut of a 17 year old kid named Wayne Gretzky.  As is the custom in hockey, young Wayne was assigned a veteran player as his roommate on the road.  Who did Wayne get?  Garnet “Ace” Bailey.  Yes, the same Ace Bailey who would go on to be a scout for the LA Kings.  Along with Mark Bavis (a fellow scout), the two were among the nearly 3,000 lives that were taken from us on September 11, 2001.

Today would have been Markku’s 63rd birthday.  Unfortunately, he passed away back in 1984…suffering a heat attack at the young age of 37.

Tonight across America friends and families will gather to enjoy each others’ company and share in the tradition of fireworks, as we celebrate our freedom.  When you stare into the sky this evening if you see some purple and yellow among the bursts of light, it’s probably just Markku and Bailey smiling down on you from up above.

The Cleveland Barons (mentioned above) were originally the California Seals…who, like the Kings, were one of six teams added to the NHL in 1967…you can read more about the group known as the Second Six by clicking here.