You are here: Home / hockey / Here We Go Again… 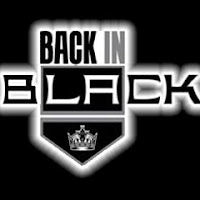 In April the Kings returned to the playoffs for the first time in eight years.

After losing a grueling six game battle with Vancouver, some suggested the Kings were only a player or two away from making a serious run next season.  ‘Who would the Kings add over the summer?’ almost immediately had loyal fans worked up into a frenzy.  Message boards began lighting up with conjecture and wish lists.

The team’s previous trip to the NHL’s spring dance in ’02 was captained by Mattias Norstrom and featured Ziggy Palffy, Ian Laperriere and Mathieu Schneider.  By the time the Kings returned for their 2010 run, those names had been replaced by guys like Dustin Brown, Drew Doughty and Wayne Simmonds.

LA’s previous exit came against the Colorado Avalanche – the same team that defeated the Kings in a bitter seven game series the year before.  Emotions and tempers were running high in that initial series for two main reasons.  One, Rob Blake, the team’s long time captain, had been dealt to the Avs just before the trading deadline a few months prior – a trade that still stokes the ire of many Kings fans to this day.  For his part, Blake said things like “I came into the league a Los Angeles King and that’s what I wanted to remain” and “we’re in a business” when he stopped by MayorsManor earlier this year to talk about his move out of LA.

On a more positive note, the 8th seeded Kings had just upset the heavily favored Detroit Red Wings in the opening round – largely due to the heroics of Eric Belanger and the then-newly acquired Adam Deadmarsh (who arrived in the package from Colorado as part of the Blake deal).

The Kings were close that year.  The Avs were already there.  After beating the Kings, they went on to win the Stanley Cup in 2001.

In a familiar sounding scenario, the prevailing thought at the time was if the Kings could add perhaps one key player over the summer, they’d be considered a serious threat the following season.  Instead, they let Luc Robitaille walk in early July – a move he talked about in an interview with The Mayor, saying “I still don’t quite know what happened. I thought we had a great run…I had a great year. I was 11th in scoring in the league…But then I was offered a pay cut. I wasn’t expecting a huge, um – I don’t know what I was expecting. But I was expecting something.”

He went on to say “There was not a lot of communication. I didn’t understand it. But at the time I wasn’t going to go and shop myself around. I was going to go for the team that really wanted me. So that’s what I let the Kings know at the time – I said ‘If you want me, you have until tomorrow to sign me’ and that was going to be it for me. They never called me back.”  So, he signed with Detroit.

Fortunately, the Kings did pick up a player around the start of the season though.  Jason Allison, coming off of a 95-point season the year prior, was brought in from Boston.  Deader, Ziggy and Allison formed a prolific line with the Kings and they propelled the team into the playoffs for the third straight season…and a rematch with the Avs.

Like in ’01, it was a seven game series that found Colorado advancing.  Major changes would happen before the Kings reached the playoffs again in 2010.  It took a new GM, a new coach and tons of roster moves – in fact, not one player was still with the team from ’02.

And this time around they were meeting the Vancouver Canucks.

In an exclusive interview with The Mayor, Bob Miller previewed the series – “The last time the Kings played (Luongo), they put eight goals on him. I dont expect that to happen again. So – that will be a key, the way he plays in goal. The Canucks have great scoring – that top line with the Sedins and Burrows. The Kings have got to find a way to shut them down.”

Regarding LA he added “I think for the Kings…the key is, they have to be strong defensively. They have to have Jonathan Quick back on his game, the way he was before the Olympic break. And they have to get some more scoring. They just have not been scoring very much since the break. They have to get more scoring from a variety of people too. I do like the way Dustin Brown has played lately. For your captain to be playing as well as he has going into the playoffs, I think that’s a plus.“

Hockey starved fans can thank the NHL Network for supplying a solution to their summertime blues.  The 24/7 hockey channel will begin showing the LA-Vancouver series tonight with a replay of game one.  Subsequent games will air, in order, throughout the week.

Relive the goaltending battle between Luongo and Quick.

Pay close attention to the play of Alexander Frolov and Freddy Modin, two free agents who could be back with the Kings next season.

Watch Brown, Doughty, Kopi and Jack all mature right before your eyes…literally from game to game.

By the time we get to game four – the game many call the pivotal point in the series – we should have plenty to talk about…all over again.

If you’re playing along at home, feel free to waive your “Back in Black” towel.