You are here: Home / hockey / 10 Tidbits on Alex Ponikarovsky 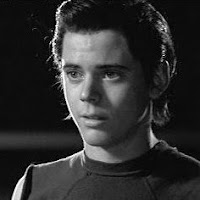 While it was the Karate Kid receiving the remake treatment this summer, it will probably be another Ralph Macchio flick, The Outsiders, that will have more staying power as the calendar flips to the winter months.

Earlier today the the Los Angeles Kings announced the signing of unrestricted free agent Alexei Ponikarovsky. And although he was formerly known as “The Poni Express”, out in Hollywood…er, Hockeywood…he’ll simply be Poni Boy.

Here are 10 Tidbits to get you primed and ready to go on the Kings newest left wing…with a special twitter twist:

* First question out of the gate, does Ponikarovsky have the longest last name of any player in Kings history?  No.  Well, he’s tied.  There’s the popular Mike Krushelnyski from the end of the 80s.  Then, according to several alert tweeters – including @KingsKoolAid, @kevinsyoung and @LHHockey – you also have Sheldon Kannegiesser (’73-77) and Steve Clippingdale (16 games in ’76-77) checking in with 12 letters.  @SoundFlyer14 thinks Frank St. Marseille tops them all with 13 “units” (including the period and space).  But, I don’t count that way.  That’s just me.

* The comparisons to Alexander Frolov are almost too easy – both could be classified as “classic underachievers”.  They’ve even played for the same teams back in Russia, just not concurrently.  Frolov spent time with Krylja Sovetov in ’01-02 (just before joining the Kings), while Poni played there three seasons prior.  During the NHL lockout in ’04, Frolov spent some time at home playing for Moscow Dynamo.  Poni was there from ’98-00 (ironically, just before he came over to play for the Maple Leafs).

* Similar to Ilya Kovalchuck’s apparent obsession with the number 17, Poni has one he favors too.  Supposedly, he’s been wearing 23 to honor his grandparents and wife, who were all born that day.  He’ll need a new number in LA though.  Dustin Brown isn’t trading that for a trip to Hawaii or a year’s membership at a nice country club.

* The 6’4″ 220 pound winger was born in Kiev, the capital of Ukraine, and received his Canadian citizenship in 2007.  In between, he spent most of his teenage years playing for various teams in Russia, where he left on a high note – winning the Russian Superleague Championship as a member of Dynamo Moscow in 2000.  He’ll be at least the third Kiev-born player to suit up for the Kings, the others being Alexei Zhitnik (’92-95)and Dmitri Khristich (’95-97).

* @yeah_eric wrote “I feel really bad for all of the #lakings fans out there today. Poni will have you all ripping your hair out by Thanksgiving. Sorry guys.”  Apparently Eric isn’t familiar with the work of Frolov.

* Poni was originally drafted in the fourth round of the ’98 NHL Draft by the Toronto Maple Leafs.  The round prior saw the Kings take a Russian goaltender, Alexei Volkov.  If you’re ever heard of him, give yourself a super high-five.  He never touched NHL ice and played just five games in the AHL.

* On March 2nd of this year the Leafs had seen enough.  Although Poni had averaged 21 goals over the previous four seasons, they felt he was coasting a bit by not putting up the 30+ goals they envisioned for him.  He was traded to the Penguins and rewarded them by scoring a goal in his debut game against the Dallas Stars.

* @Jay_Gold_ wrote “IMO #LAKings are better off with Alexei Ponikarovsky than Alex Frolov. Both get $3M. Frolov struggles in D-Zone. Poni flourishes there.”   Scott Laughlin, long time host of the Power Play on NHL radio, somewhat agrees, saying “He has a good shot and is very responsible in his own end.”  Poni’s teammate in Pittsburgh, Ruslan Fedotenko, told TSN “He’s a good, hardworking winger who drives to the net hard, he has good size, he’s a good player.”  Feds and Poni also played together as part of the Ukrainian team at the 2002 Olympics in Salt Lake City.

* The Kings gave him a one year, $3 million contract.  According to @capgeek, the team still has $13mil in cap space available.

* It’s a depth signing folks.  This isn’t “the move” or even “a move” to put the Kings over the top.  They were thin at left wing.  Poni replaces Frolov.  Nothing more, nothing less.  It’s a one year deal.  No big thang.

There’s a scene in The Outsiders where Ponyboy quotes poet Robert Frost, saying “Nature’s first green is gold, her hardest hue to hold. Her early leaf’s a flower, but only so an hour. Then leaf subsides to leaf, so Eden sank to grief. So dawn goes down to day, nothing gold can stay.”

When Johnny asks him about the meaning or the origin, Ponyboy replies “I always remembered it because I never quite knew what he meant.”

Kings fans will probably always remember Frolov…because they never quite knew what he was doing out there.