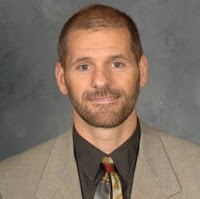 The guys at NHL Live had Kings Assistant GM Ron Hextall on earlier this morning for a quick interview.  Among the highlights – they talked playoffs, the draft and if the Kings are looking to trade a goalie.  Here’s a recap…

As somebody who has ties to Philly were the Stanley Cup Finals tough on you?  I was pulling for them.  Moving to LA, away from the Flyers, was the hardest decision of my life.  To take the next step in my career I knew I needed to leave though.  I’ve gone through some things here that I hadn’t gone through there – like rebuilding the infrastructure here.  So, it’s been a good experience.

Making the playoffs for the first time in many years, what do you think the organization got out of it?  The players realized the emotion and intensity that goes along with it.  You have to play well every night.  You need depth on your team.  It’s hard to plug guys in when you have injuries.

The draft is next week in LA, are you a “best available player” guy or are you trying to fill a need?  We’re “best available” this year.  If you’re drafting real high in the first, you can think differently.  However, it’s so hard to project three or four years from now what our needs will be.

This is now a different situation in LA than it’s been the last few years.  Is it a different approach becuase of where the team is at in their development?  The focus has changed.  A few years ago we were looking for draft picks, now we’re looking for live bodies.  The main focus is on improving the team for next year.

Going into this offseason, what does the team need?

We’d like to add a little scoring up front.  Everybody is always looking for a solid defenseman.  That’s where our focus is.  There are some teams against the cap that might be moving people.  And at the draft there are always a few guys that become available for whatever reason.  Of course, we need to sign our own guys too.  So, we’re keeping all of our options open.

How would you have handled it if the NHL would have implemented the trapezoid back when you were playing?  Clarkie told me they were thinking about it even back when I was playing.  I’m not in favor of it.  I’m only lukewarm to it.  The idea was to create offense, but you leave you’re defenseman open.  It is what it is though, we’ve all moved on.

The Kings seem to be set in goal with Quick and Bernier.  Is that how you see it going into next season?  We also have Erik Ersberg.  We have three guys right now.  The one thing we told Bernier before the season was go down to the AHL and be the best goalie you can be.  He did it for half the year the season before, but he was in a league he didn’t want to be in.  Being sent down and stuff was new for him.  It helped him mentally this season.  He was the best goalie in the league.  He had a real good year.  Manchester lost in the playoffs to a much more experienced Hershey team.  He did everything we asked him to do.  Now it’s time for him to him to come to camp and prove that he belongs here.  If he does that, then obvioulsy we’ll need to move some parts around.  Having two real good young goalies is a great thing to have.  We know teams are looking for goalies, but we’re certainly not looking to move a guy.

To listen to an audio file of the full 11 minute interview click here . . . or to watch the video via Kings Vision click here.