Every young player selected in this year’s NHL Draft will have his own story to tell.

In this prospect profile we get to know somebody who could be tailor made for the Los Angeles Kings in the first round.  Charlie Coyle is ranked 24th by NHL Central Scouting. However, Charlie Coyle may not make it that far down the board, as he met with 15 different teams prior to the NHL Combine last month.

Coaches say the 6-foot-2 forward is a strong, powerful skater, who protects the puck well along the boards.

Perhaps knowing some of the things scouts love to hear, what does Coyle list as his favorite off-ice activity?  Working out.

And for a star-driven town like Los Angeles, how about this little gem of info – allegedly, his celebrity look-alike is Nick Jonas of the Jonas Brothers.

Most NHL.com mock drafts have Coyle going late in the first round, so he could be there at No. 19 when the Kings pick (assuming Dean Lombardi hasn’t already traded it away for something different).

We caught up with Coyle this week to talk about the past, present and future, as he heads towards the NHL Draft in just a few days…

Everybody on my dad’s side of the family plays hockey.  I’m cousins with (former NHLers) Tony Amonte and Bobby Sheehan.

As a player, when did you begin to realize, ‘Hey, people are really starting to pay attention to me’?

When I was little I was pretty good. I was always one of the best players on my teams growing up. Going into high school I was pretty small though, around 5-foot-6 or 5-foot-7. Then, my sophomore year, I started to grow and develop. When I started to progress that way I started to believe that maybe I could play in college and maybe the NHL.

What team was the most intimidating to interview with at the Combine and why?

Probably the Bruins because they’re my hometown team.  I was pretty nervous going in.  They had 13 guys in the room and I didn’t want to mess up.

What was one of the funniest or strangest questions you heard at the Combine?

One team asked me if I liked Sam Adams.  I wasn’t sure if they meant the beer or some new rapper.  So, I just say “no”…it was safer that way.

You scored pretty well in most of the Combine testing, placing in the top-10 in nine different categories — including a first place finish in the duration test. Was that your goal, to be so consistent across most of the categories, or did things just end up that way?

For the two months prior to the combine I was training with Brian McDonough (trainer at Foxboro Sports Center), who is unbelievable.  He’s the best strength coach I’ve ever had.  We worked on all the tests.  He did a good job getting me ready, so I felt I felt really good going into it.

How about a Combine-type question…If you received a phone call saying you had to leave your house in five minutes and could never go back, what two things would you have to take with you?

My family and a hockey stick.

Probably baseball, even though I played for a few years. It’s just so slow and boring to me.

When my hair gets longer it’s curly, they say I look like Nick Jonas from the Jonas Brothers.

Draft experts have you pegged as somebody likely going as a late first rounder. Knowing that anything can happen once you get to the actual Draft, what are your expectations for this weekend?

I just want to enjoy the process.  You can’t get too hyped out about where you’re going to go.  You don’t want to get too excited about being a first rounder.  If it doesn’t happen, there’s a let down.  I’ll enjoy whoever picks me and where I go – I’ll be happy with it.  It’s not really where you go in the Draft, it’s about how you progress after.  It’s more of a stepping stone.

You’ve been playing for the South Shore Kings (junior hockey team in the EJHL). So, would it be a nice fit if the LA Kings drafted you or being from Massachusetts it’s all about the Bruins?

The Bruins would be pretty special.  But, LA would be pretty nice too – living out there.  Any team that drafts me though, I’ll be happy to play for them.  That’s the team that wants me the most, so I’ll enjoy it either way.

You’re headed to Boston University in the fall.  There is such a huge rivalry between the two schools, why BU and not Boston College?

I grew up wanting to go to either one.  I’ve always been a BU guy though because Tony Amonte went there.  I also played for the Boston Jr Terriers when I was little too.  It’s always been a dream for me to play there.  They were the first team to call me and offer a full scholarship, so that was the best thing in my mind.

In high school, you had four penalty minutes (PIM) in 26 games. Then, this year in juniors, you had 50 PIM in 42 games. Why the big jump?

Yeah, I noticed that too (he laughed).  I don’t know.  I played the same style, but I’m kinda bigger now.  I’d say I’m a little meaner.  I like to use my body a lot.  It was also faster league with bigger, stronger guys…more competitive.  So, I guess it just turned out that way.

Last week, you were named to Team’s USA evaluation camp for the upcoming World Junior Championship. With this year’s tournament being in Buffalo, would it mean a little more to you to play those games here on American soil?

It’s such an honor.  To be out there competing with some of the best players from other countries is pretty special.  Being the home town team will be nice.  There will also be some added pressure coming off the gold medal they won this year over Canada.  But it’ll be nice to show everybody what the U.S. is capable of.

Probably “Hockey,” because that’s all I do.

Walk us through this last year as you’re been getting ready for the NHL Draft. Did you watch the rankings? Did you train differently? Did you specifically work on certain skills in advance of the Combine?  How did you balance school, hockey and everything else going on around you?

It’s all happened so fast.  I made the switch to the Kings (EJHL) because that seemed like the next step and it would benefit me more with the Draft coming.  I worked out more off the ice; but I didn’t really change anything on the ice.  I tried to keep playing the same way I have been.  That’s what got me recognized, so I thought was the best route to take.  Just keeping work hard at what I’d already been doing.

Now as we get towards the final week, what are your day-to-day plans. What are you doing between now and Friday night to not go stir crazy as you wait?

There’s really no pressure now.  I’m just excited about it.  I can’t control anything at this point.  So, it’s just sit back and relax as best you can, just wait for your name to get called.

Expect more an more people to be calling – and chanting – his name after this weekend.  Most likely, the fans of the team drafting him will quickly fall in love with Coyle.  Not because he could be the fourth Jonas Brother.  But, because playing hockey is all he does.

Final note…you be the judge: 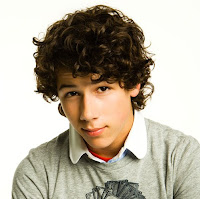