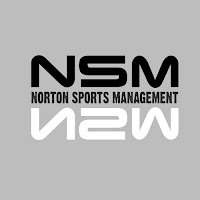 The “buddy movie” has long been a popular theme for television and movie scripts here in Hollywood.  From the large-group format, like Seinfeld…to the dynamic duo of the Blues Brothers.

So,when I hear the name Norton, I think of Ed Norton from The Honeymooners.  He was so good at playing the buddy, Entertainment Weekly voted him one of the greatest sidekicks of all time.

Scott Norton, on the other hand, is a sidekick of a different sort.  If you’ve seen Swingers, he’s the guy behind the guy (…and if you haven’t, my god, what are you waiting for…top five of all time!).

Last week in part one of our exclusive interview with Scott we introduced you to his life as a sports agent.  He began as a recruiter for a small time agency in Chicago, then went on to buy the company.  Today he runs Norton Sports Management as a small, boutique agency designed to “maximize the earning potential of hockey players around the world – from the NHL to the AHL to the KHL over in Russia…both on ice, with their contract negotiations and off ice, with endorsement and appearance opportunities.”

In part one of the interview we focused on the NHL draft and getting players ready for that moment in their career.  Today we spend some time talking about one of his highest profile clients, Kings Captain Dustin Brown.

How did you first connect with Dustin Brown?  You’ve been with him since he was playing bantam hockey in Syracuse, right?

Correct.  I was watching his bantam team because I had some other players on that team – like Robbie (Rob) Schremp, who now plays for the Islanders.  I also had Tim Sestito – he played some games with the Devils this year.  Those three guys actually played on the same line in bantam hockey.

I had the fortune of watching him throughout that year and made some contact about half-way through the season.  I actually convinced Dustin to play in a prospects tournament in Toronto, on a team that I not only ran, but coached.  So, I had a weekend of coaching Dustin – which was about as much fun as it could be because I believe that was the first signs of the stardom he was going to have.  He got to play in the tournament against guys like Rick Nash and some other pretty good players.

From there I got a chance to meet with the family and was able to convince them I would be the best choice.  After that I convinced them to go to the OHL because I thought he was too good to go any other route.  And as they say, the rest is history.

When it comes to helping a player maximize his potential earnings, what’s your style – do you wait for a player to ask you about opportunities or are you out there actively seeking and suggesting ideas?

I think I’m probably one of the more proactive agents in the business in this area.  For example, the commitment that Dustin has with KaBOOM! was born out of us sitting down a couple of years ago and talking about Dustin getting involved with a charity.  I run the business more as a boutique agency, where I don’t have a lot of clients.  So, I’m able to give a lot of time and attention to each client.  I think it’s important that I have a part in that process, because let’s be honest…hockey is light years behind the other major sports in terms of marketing their athletes.  I think if we sit there and wait for companies or brands to come to us, we can be old and grey and the phone will never ring.

How about the personal branding of the players.  For example, Dustin has a facebook page.  Is social media something that you’re pushing with your players right now to help them with their individual branding?

It’s actually something I’ve just gotten involved in myself.  I’ve hired a marketing company to not only help me and my clients, but also to inform me and my clients about the opportunities that are out there.  I think things like facebook and twitter are very important these days.  Again, being proactive, going out there and showing these bigger companies that hockey players are viable endorsers…every bit as much as basketball players and football players or any other opportunities out there.

It’s not just with Dustin though.  I’m working with Cam Janssen (St Louis Blues), who may not be one of the best players in the league, but he’s a very marketable players because he’s a fan favorite, he’s a vocal personality in St. Louis.  Cam and I are discussing right now how to best use social media going forward.

When you look over your list of clients there seems to a theme – hard working, physical players.  Is that by design or is it more by coincidence?

I think it probably began by coincidence and then somewhere along the way it became a theme that runs through my company.  I’m very involved in the players’ careers.  Whether it’s giving them feedback from the hockey standpoint – I played the game, I coached the game, so I think I have a pretty good understanding of the game.  I’m in touch with my guys after every game during the season…or if not every game, then after a lot of them.

So, Patrick Kane and Vinny Lecavalier – not to say they don’t play hard, they’re just not the mold of my players.  I’d love to have guys like that – it’s just worked out that a lot of my guys are the hardcore, don’t-take-a-shift-off type of players.

Brownie gave a great speech at last summer’s HockeyFest about what it meant to be the Captain of the LA Kings.  Yet, almost from the moment he received the “C” some people have been quick to criticize and say things like he plays too tight with it on his chest, he may not be captain material, etc.  Do you proactively address these type of issues or do you wait for the player to bring it up?

If it’s a concern that I have or that the organization voices in a conversation with me, then I’ll address it with him.  If it’s just something that’s out there on the internet or in the LA Times, then I don’t bring it up unless the client brings it up.

I’m concerned with what really affects the game of my players, regardless of which one it is.  I have a pretty good feel for my clients and I know what makes my guys tick.  I can tell when I watch Dustin if he’s tired or if he’s hurting.  There are times when I’m probably just like a parent or a spouse or a best friend when I’m harder on clients.  Or sometimes I try to get a joke out of them because I know they are wound too tight.  The impetus isn’t what I read online or in the media, it’s by what I see or what I hear from a teammate, a coach or management about how a player is acting.

Specifically with Dustin, I don’t think by any means he was affected by the “C”.  I think he just wants to win so bad and he wanted to make the playoffs so bad, that if anything, he was just putting too much on himself.  Dustin is a quiet leader.  He’s coming out a little more each year.  He’s not going to be the one that grabs the microphone after every game or loves being in the press, but he gets his point across when the time matters.

I think what you’re seeing in LA is the maturation of a group of young guys…not too dissimilar with what you’re seeing in Chicago, maybe they’re a year or two behind though.  I don’t want to put too much pressure on anyone, but they need to go out and get the right pieces to put with those guys.  I think Dustin certainly has the respect of Kopitar, Doughty, Greene and the young players like Wayne Simmonds that make up that nucleus.  I’m expecting big things in the next couple of years for that team.

If you missed part one of the interview, click here to read it now.