You are here: Home / draft / DRAFT2010: Interview with Brandon Underwood 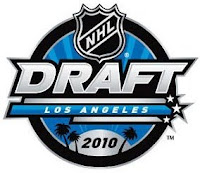 Over the last decade, off the ice, the Kings have tried putting their stamp on the league – they opened a state of the art arena downtown, hosted the NHL All Star Game in 2002…and are back at it this week, front and center, hosting the draft.

People from around the world of hockey will be descending upon Staples Center later this week, as all 30 NHL teams will select players over seven rounds. Of the 200+ players that will be chosen, only about 40-50 will make the NHL.

Mayors Manor will have plenty of draft info to get you primed throughout the week. We’ll have interviews with several people involved in the draft – we’ll have Canadian kids, American kids, Russian kids, player agents – all sorts of different people.

Don’t worry, we’ll get to some of the kids looking to be drafted in the first round in future articles. In honor of the draft being in LA, let’s start with some California Love. A kid at the other end of the rankings. NHL Central Scouting has him listed as #196 out of 210 players. That projects him out as a seventh round draft pick.

So what’s so special about him? Well, for starters he’s from right here in Southern California. He also played for the Jr. Kings before moving on to Kamloops of the WHL this past season.

Brandon Underwood, a 6’3″ defenseman, connected with the Mayor over the weekend to talk about his past, present and future leading up to next weekend’s draft.  For added flavor, he also had a few things to say about some of the Kings current prospects.

Coming from San Diego, a town not exactly known for hockey, how did you get you started in the sport?

It’s definitely not the most popular sport down here, but my dad grew up in Toronto so he kind of just showed me the game at a young age and I loved it. I signed up for the local roller hockey league as soon as I was old enough, which I think was about when I was 5. Around age 9 I moved to ice hockey and it all kind of took off from there.

Growing up in San Diego and then playing with the Jr Kings for awhile, does that make you a Kings fan by default?

I’ve been a Leafs fan for as long as I can remember – but I would say the Kings would have to be my next favorite team.

Right now you’re projected to be a late round pick. However, with your size somebody might scoop you up earlier. What are your expectations for the draft?

I have been in contact with a few teams, but I’m trying not to worry about it too much. Just to be drafted in any round would be an honor to me.  If I do get selected, it would definitely be awesome.  But, if not, it isn’t the end of the world.

As a big guy I know that i have to work on my feet. That is the main thing scouts have said.

Talk about moving to Canada as a teenager to play hockey. What’s been the best part about relocating and what’s been the most challenging?

It’s a big change to say the least. Add in the fact that I was moving from California to a small town in the middle of British Columbia that I knew nothing about…and it was a little weird at first. I quickly realized how much I under appreciated the weather we get all year round in SoCal.  I would say the best part has been living in a place where hockey is by far the most popular sport.  Also, living 5 minutes from the rink is good. My whole minor hockey career I had to drive 2 hours to play because LA always had the best teams to play for so that was a nice change. The most challenging thing, I think every junior aged hockey player would tell you is being away from your family. Especially at a young age, it’s a learning experience, but all in all it has helped me mature and become an adult.

According to hockeyfights.com you were in 12 scraps this year, only one with the same guy you had fought previously. Were you trying to put the whole league on notice or did it just end up that way?

Well, I would label myself as a tough, stay-at-home defenseman – so it’s more of just the way I play the game. I’m not going out every game looking to fight.  Yet, if the situation presents itself, I’m not going to shy away from anybody.

One of those fights was against your former teammate, Brett Lyon, back in March. Was that sort of  like fighting your brother?

He was one of my good buddies when we played together in Kamloops.  We even shared a seat on the bus before he got traded. So, we would always joke around about if one of us ever got traded, we’d have to fight each other. We were in Vancouver, playing the Giants, the last game of the season…and before one of the faceoffs early in the first period he asked me and we went at it.  Then, after the game was over we were still buddies and we were joking around about it.

Talk about a few guys you’ve played against…forward Nino Niederreiter and goalie Calvin Pickard, both of whom are expected to be taken early in the first round this year…and Kings prospect Colten Teubert. What’s your take on those three?

When we first played Portland I didn’t know who Niederreiter was, but after the game I definitely did. He has a combination of size, speed, and skill that you cant teach.  He’s a guy you always are aware of when he is on the ice because he’s so dangerous with the puck.

Pickard had a great year with Seattle, even though their team was at the bottom of the league. He faced a lot of shots every night and a lot of the games they won were because of how he played in net. Every time we played Seattle we had a hard time getting the puck past him.

I didn’t see much of Teubert because Regina is in the East division, but the two times we played them over two years I’ve been in the league you can see what the hype is all about. He definitely had the reputation of being one of the toughest guys in the league. He was tough and also had a lot of skill.

Do you have any pregame rituals or superstitions?

I’m not to superstitious. I always play soccer with the guys before every game, and try to eat the same pregame meal.

Excluding NHL players past or present, who would be one celebrity or sports figure you’d like to play hockey with?

I would say Will Ferrell. He is a funny guy and it would be cool to be on the ice with him.

Radko Gudas of the Everett Silvertips

Martin Jones (note: Jones played for the Calgary Hitmen this season and is Kings property.  He’s expected to be in Manchester next season.)

During the season I play a lot of Xbox.  During the summer I go to the beach a lot.

I would keep it simple and say “Woody” – that’s my nickname.

Golf.  I know a lot of hockey players like to golf, but I find it kind of boring.

The draft is in LA, a town full of celebrities…which celebrity have people said you look like?

When you make your pro debut, what number do you hope to be wearing…and what’s the significance of that number?

I would want to wear #53 because that’s the number my dad’s wears when he plays.

How about that Kings fans?  A California kid, who dropped the gloves with one of his best friends, looks like Ashton Kutcher, talks up Colten Teubert, has a disdain for golf and a love for rap.  Just talk’n hockey around here this week…gettin’ ready for the draft.

you be the judge… 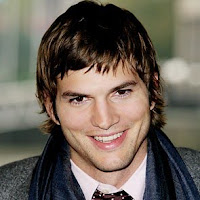