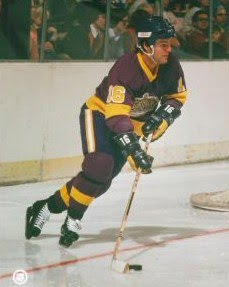 Last week, former Kings’ netminder Kelly Hrudey stopped by to give us his take on the young NHL season. Now, we turn to not only a legend in Los Angeles hockey history, but a Hall of Famer too – Marcel Dionne.

Throughout his career and even to this day, Dionne has never been shy about his views on the league, the game, former teammates – you name it, he’ll give you his honest thoughts.

So, here’s what the great #16 had to say about the first month of play in the NHL:

2. Washington Capitals – They play the game the way I liked to play the game. Just drop the puck and go…and keep going the whole game. Their coach, Bruce Boudreau, doesn’t seem to care if they win 8-6. He just wants them to compete hard every game. That’s fine with me. The only question mark on that team is the goaltending. Do they have enough to go all the way?

3. Los Angeles Kings – I’m not just saying this to you, they are so, so close. I was disappointed in the way they played on opening night, but they’ve turned it around since then. They did lose a few on the start of that long road trip, then came back and won four in a row. I’m just happy for their fans. They’ve been fed such b.s. for so long and always seem to be rebuilding. There are great fans in Los Angeles. Fans that are really loyal. Right now they’re playing like I thought they would this year. Kopitar is amazing.

1. Toronto Maple Leafs – What do I need to say? It’s been terrible.

2. Montreal Canadians – I don’t think they have enough. With the 100th anniversary and everything the expectations were so high. I don’t even think they’ll make the playoffs. They’re barely winning games. It’s too bad they didn’t get Vinny Lecavalier from Tampa Bay. He looks totally lost down there. I cant read him. But with their ownership situation and everything going on, he needs to get out of there and try it somewhere else. His confidence might be shot. As I’ve always said, confidence is everything to a player.

3. The NHLPA – The whole debacle with the Player’s Association makes me sick. This thing has been a mess for a long, long time. A definite low.

There you have it, straight from the mouth of one of the greatest players to ever lace up the skates.

Dionne played for the Kings from 1975 to 87. He was only the third player in NHL history to tally over 700 goals, finishing his career with 731. He’s also in the top-10 of almost every major offensive category in Kings franchise history. His number was retired to the Forum rafters in 1990 and two years later he was inducted into the Hockey Hall of Fame.