You are here: Home / NHL / Coyotes / LA Kings Players on Penner and the Big Debut 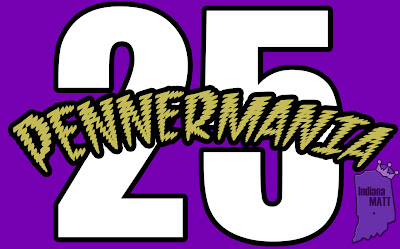 Yesterday Jarret Stoll and Dustin Penner were on MayorsManor talking about there supposed fight back in the AHL.

Now, let’s hear from a few other Kings regarding the much anticipated debut of Penner tonight and the game versus the Phoenix Coyotes…

Willie Mitchell on Penner – “He’s a big body presence who plays in traffic and in front of the net well. Players like him, whether it’s (Tomas) Holmstrom or (Johan) Franzen – those are guys who come to mind who are similar players in a sense – they go to the front of the net and they create traffic. What that does is it opens up space for the best players in the game, because usually they’re playing with those players. Obviously he does those things well, but I think it’s going to be really good for Kopi. It’s going to give him a lot of room out on the ice. You watch Detroit and Holmstrom goes to the front of the net, one of the defenseman have to respect him there. What it does, is it creates, it’s almost like playing two-on-two out of the corner now with (Pavel) Datsyuk and (Henrik) Zetterberg against two players, versus playing three-on-three. So, it keeps the ice less crowded. What that does it turn is give your better player more time with the puck. So, he’s going to create a lot of space for Kopi. He’s going to create a little bit of dimension for us on the power play in front of the net and chip in with a few more goals. So, it’s a nice addition.”

[More from Ryan Smyth and Stoll after the jump]

Ryan Smyth on Penner – “Obviously, he’ll add the big size and strength up front. He’s played really well the last few years and he’s a winner. He knows what it takes.”

And what about the Kings taking on a tough Coyotes team tonight, with goaltender Ilya Bryzgalov and Kings killer Shane Doan…

Smyth – “Well, that’s why we brought Dustin (Penner) in. He’s a big body who can get in front of the net and create a little havoc for him. I think it’s important to get to him early, as far as Bryzgalov. It’s a good playoff game for sure.”

Stoll added the following when talking about what the Kings need to do vs. Phoenix…

“Come out playing desperate. We felt we had a good start to that game vs. Detroit, but we were down 3-1. It’s about being disciplined, play within our system, just worry about us and worry about our game. They’re a great team, but we are too. We can’t worry too much about them. We need to it to them, take our game to them. If we do that, we should be fine.”

It’s a four point game as they say.

Chirping with Dustin Penner – an interview from his first Kings practice

Stoll on Fight with Penner